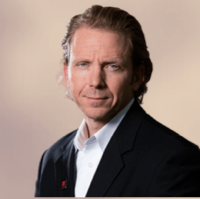 Anthony Schutz has been associated with the University of Nebraska College of Law first as a student and then as a teacher for the last two decades. During law school, he worked for Cline, Williams, Wright, Johnson and Oldfather in Lincoln, Nebraska, and was editor-in-chief of the Nebraska Law Review. He graduated in 2003 with the highest distinction and clerked for the Hon. C. Arlen Beam of the U.S. Court of Appeals for the Eighth Circuit until 2005. During the 2004-05 academic year he also taught Legal Research and Writing at the College of Law as an adjunct instructor. During the 2005-06 academic year he was a visiting lecturer in the Lawyering Program at the Cornell Law School. In 2006, he returned to the University of Nebraska and began teaching in the College of Law. Since then, he has taught courses in Agricultural Law, Environmental Law, Water Law, Land Use Regulation, State and Local Government Law and Contracts. He is currently serves as the associate dean for faculty, which he began in 2020. He is the faculty advisor for the Agricultural and Environmental Law Society, moot court and Nebraska Connections. The latter role is related to the Rural Law Opportunities Program, which he also leads.

The product of a farm family in Elwood, Nebraska, Schutz's research interests include the often intertwined subjects of agricultural law, environmental and natural resources law, and state and local government, all of which have significant impacts on rural landscapes and populations. He has served as the chair of the AALS Section on Agricultural Law, is active in the American Agricultural Law Association and the Rocky Mountain Mineral Law Foundation and is a frequent lecturer on agricultural and water law issues regionally and nationally. He tries to keep a close eye on the legislature and encourages students to speak up and take part in the legislative process, both while they are in law school and in their professional lives going forward.