Patent Bootcamp for Women and Minorities in STEM

Hope Shimabuku, Director of the Texas Regional United States Patent and Trademark Office (USPTO), will give an address at the University of Arkansas School of Law on Friday, September 13, 2019. Director Shimabuku’s address is part of the first patent bootcamp for innovators, inventors, and entrepreneurs, that the School of Law is hosting. Director Shimabuku’s speech which is titled ‘Closing Diversity Gaps in Patenting: What is the United States Patent and Trademark Office Up To?’ will be delivered at 12:30 p.m. and is open to the public. 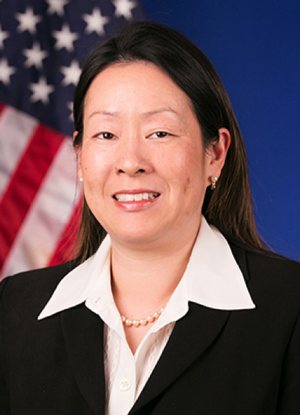 As the Director of the Texas Regional United States Patent and Trademark Office (USPTO), Hope Shimabuku carries out the strategic direction of the Under Secretary of Commerce for Intellectual Property and Director of the USPTO, and is responsible for leading the Texas regional office. Focusing on the region and actively engaging with the community, Ms. Shimabuku ensures the USPTO’s initiatives and programs are tailored to the region’s unique ecosystem of industries and stakeholders.

Ms. Shimabuku brings to the USPTO nearly two decades of experience as an engineer and intellectual property attorney. Most recently, Ms. Shimabuku was part of the Office of General Counsel at Xerox Corporation serving as Vice President and Corporate Counsel responsible for all intellectual property matters for Xerox Business Services, LLC. She also worked for BlackBerry Corporation advising on United States and Chinese standards setting, cyber security, technology transfer, and intellectual property laws and legislation. As an engineer, she worked for Procter & Gamble and Dell Computer Corporation. Ms. Shimabuku is a leader in the Texas region. She currently sits on the Board of Visitors for the University of North Texas Law School and is an Honorary Member and Inaugural Member of the Barbara M.G. Lynn IP Inn of Court. She is a past chair for the State Bar of Texas – Intellectual Property Section, served as past president of the Dallas Asian American Bar Association, chaired the Dallas Diversity Task Force, served as a facilitator for the DFW Women in Intellectual Property group and served on the board of the Dallas Bar Association and as a member of the Grievance Committee for the State Bar of Texas – District 6.

Throughout her career, Ms. Shimabuku has championed diversity efforts, including service as the first Asian American Chair of the State Bar of Texas Intellectual Property Section and was honored with the Champion of Diversity Award by the Association of Corporate Counsel and separately by the State Bar of Texas – Asian Pacific Interest Section. She has received numerous professional honors, including being honored as a Hero of Innovation by the Center for American and International Law, being selected as a Dallas Business Journal “Top 40 Under Forty,” named Dallas Business Journal’s Corporate Counsel Rookie of the Year, and selected as one of DCEO’s “500 Most Powerful Business Leaders.”

It is hoped that the patent bootcamp will contribute to the University’s broader effort to boost innovation, patenting and entrepreneurship in Arkansas. The workshop “Patent Bootcamp for Women and Minorities in STEM” will be held on Friday, September 13 in the E.J. Ball Courtroom at the University of Arkansas School of Law, from 8:30 am to 5:15 pm. The workshop is free.