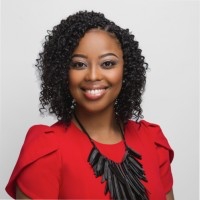 Kendra K. Pruitt is an attorney and Senior Advisor to Mayor Frank Scott, Jr. of Little Rock. In addition, during law school, Kendra founded a nonprofit, Club RESTORE, to give back to her hometown of Newport and other communities.

Kendra believes that our greatest calling is to make a positive impact in the lives of others. Accordingly, through her work and charity, Kendra works with people from all walks of life to seek solutions, overcome obstacles, and ultimately improve their quality of life.​

Kendra has received various awards, including “20 to Watch,” “Finest Young Professional,” and most recently being named “40 under 40” by Arkansas Business. This notoriety and her desire to make a difference keeps Kendra busy throughout her communities, as she is often called upon to speak or host various events, including her very own “Wakanda Forever” and “Girl Talk.” In her spare time, Kendra enjoys taking vacations, eating great food, and spending time with loved ones. 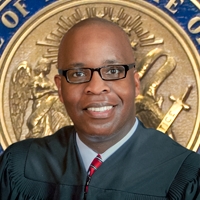 Judge Earnest E. Brown, Jr., presiding judge of the Circuit Court 6th Division, 11th Judicial District West of Arkansas was elected to office for a six year term May 20, 2008. He was sworn in to the office January 1, 2009.

Formerly, he served as state representative for legislative district 16 in Pine Bluff and was assistant speaker pro-tem for 4th District. He was also a member of Judiciary Committee, State Agencies and Governmental Affairs committee, co-chair of the Legislative Joint Auditing State Agencies sub-committee, alternate on the Joint Public Retirement and Social Security Programs committee, and Secretary for Arkansas Legislative Black Caucus.

Active in his church and recognized for his volunteer work in the community, as well as pro-bono professional services, Brown has received numerous awards and recognitions. 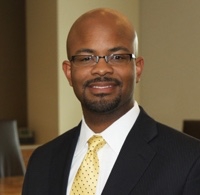 Jade Laye is a member of the Intellectual Property Practice Group in the Houston office of Haynes and Boone. A registered patent attorney, he focuses his practice on intellectual property law, with an emphasis on patent prosecution and counseling, as well as the acquisition, licensing and divestiture of patent rights. His litigation experience includes litigation support involving patent infringement and invalidity. He was honored in the Houston Business Journal, American City Business Journals, 2015 List of Top Patent Practitioners.

Jade is a former Patent Examiner with the United States Patent and Trademark Office in its telecommunications division. While at the USPTO, his technical focus was in the area of video and data distribution systems, networks, electronic programming guides, and related technology, such as video recording devices, modems and hand-held communications devices. In addition to his work as an attorney, his patent examination experience provides his clients with a significant advantage in both prosecution and litigation.

Jade is also involved in Haynes and Boone's Attorney Diversity and Inclusion efforts, where he focuses on advancing the hiring, retention and promotion of diverse lawyers within the firm. He also serves as a founding member of the Houston Minority IP Lawyers Association, and was admitted into the 2016 class of the Leadership Council on Legal Diversity (LCLD) Fellows Program. In addition, he serves on the Board of Directors for the Bridge Preparatory Academy in Sugar Land, Texas. 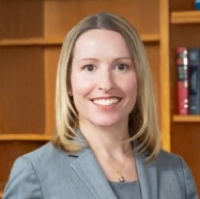 Margaret Sova McCabe was appointed in 2018 to serve as the law school’s 13th dean; she is the third consecutive woman to serve in this role.

While at UNH, Dean McCabe was also a faculty fellow in food systems at the UNH Sustainability Institute and an affiliate faculty member at the Carsey School of Public Policy. Her teaching portfolio includes Administrative Law & Process; Food Law & Policy; and in Arkansas she will be co-teaching an Honors College seminar entitled, Food Matters in 2021. Aligning her research with her teaching, McCabe’s scholarship has focused on regulatory and legal issues in the food system including obesity, food marketing, scientific standards and food labeling, sustainable food system design, and government’s development of dietary guidelines.

In her first two years at the University of Arkansas, Dean McCabe has launched a summer public service fellows program, which included the inaugural Arkansas Delta fellow in 2020; created an integrated approach to student success including integrating advising, career services and externships, and academic support; and has taken steps to advance the school’s approach to diversity, equity, and inclusion.

Dean McCabe is a graduate of Bard College in Annandale-on-Hudson, New York where she was one of the first students to pursue an interdisciplinary sustainability program. She earned her law degree from the University of Maine where she served as an articles editor on Maine Law’s Ocean & Coastal Law Journal. Before entering the legal academy, she served in the New Hampshire Department of Safety’s Commissioner’s Office, advising on a broad range of public safety and law enforcement issues, and practiced law in New Hampshire and Maine. 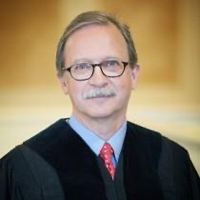 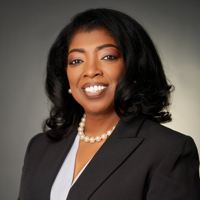 Alicia Walton is an attorney with the Pulaski County Public Defender – Conflicts Office. She has been a practicing attorney for more than 10 years with an emphasis on juvenile and adult criminal matters. Alicia is an active member of her community and serves on the JLAP Foundation Board, the W. Harold Flowers Legal Society and State Conference NAACP Executive Committee; she volunteers with Access to Justice providing legal services to individuals on a pro bono basis. Alicia was most recently featured as the Access to Justice – Attorney Volunteer for the month of April. 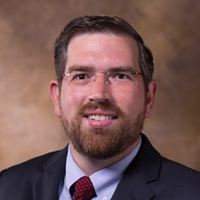 Professor Foster’s teaching and research focus primarily on business law, tax, and transactional matters. His current courses include Business Organizations, Mergers and Acquisitions, Corporate Counsel Colloquium, Tax Policy, and Federal Income Taxation of Business Entities. His law review articles and other writings span a wide range of topics related to transactional and tax law. He has also spoken extensively on law teaching and the development of business and transactional law programs.

Prior to joining the University of Arkansas, Professor Foster was an associate professor at Washburn University School of Law from 2010-2014, and an attorney at Friday, Eldredge & Clark, LLP, in Fayetteville, Arkansas from 2006-2010, where his practice consisted primarily of tax, private equity, and corporate matters.

Professor Foster was named Professor of the Year by the graduating law students at Washburn University in 2013 and at the University of Arkansas in 2016. 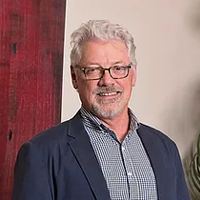 For most of his career, Mr. Putman has been in private practice. He currently owns and operates the Putman Law Office in Fayetteville, Arkansas. His practice is focused primarily on civil litigation and appeals in state and federal courts, professional disciplinary actions and other administrative litigation before government boards and agencies, and government and business investigations. Mr. Putman has taught courses in communication at the University of Arkansas, the University of Illinois at Urbana-Champaign and Purdue University. He has also taught legal writing as adjunct faculty in NorthWest Arkansas Community College’s legal studies program.

Since 2017 Mr. Putman has served on the Arkansas Supreme Court’s Judges and Lawyers Assistance Program Committee, of which he is current Vice-Chair. He has written for the Lawyers With Depression website, and he has contributed to The Hilarious World of Depression podcast. Last year he was the subject of profile articles published in The American Lawyer and on the law.com website as part of a yearlong series on mental health and well-being in the legal profession. He also speaks to groups of lawyers and law students on depression and related subjects.