Awarded to an alumnus/a who, through personal achievement and service to the law school, their community, and the legal profession, have brought honor and distinction to both themselves and the School of Law. 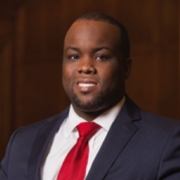 Alex has served as the Managing Partner for his firm, Neely & Guynn, practicing in diverse specialties of law including criminal defense, civil litigation and torts, corporate law, bankruptcy law, domestic relations and family law, personal injury and sports law. Additionally, Alex serves as circuit judge for the Eleventh West Judicially Circuit. He is a former Assistant City Attorney, Public Defender, Dependency-Neglect Attorney Ad Litem (child advocate) and was employed by Wal-Mart Corporate Legal Department and a Legal Support Operations Manager for a sports management firm. Guynn has also applied his expertise to train the next generation of legal aspirants as an Adjunct Professor of Political Science at the University of Arkansas at Pine Bluff.

Honored as one of Soiree’s Best Lawyers in Little Rock in 2014, Guynn was recently appointed by a panel of circuit court judges to the Federal Criminal Justice Act Panel in 2015 to represent indigent federal court defendants and to the Jefferson and Lincoln County Arkansas Public Defense Commission to serve as a Conflict Attorney. He was recognized by the Court Appointed Special Advocates (CASA) for Outstanding Legal Service as a Jefferson County Attorney Ad Litem in 2014 and commendation by the University of Arkansas at Pine Bluff’s Department of Social and Behavioral Sciences for an in-depth lecture on Criminal Justice and Juvenile Delinquency

Awarded to an alumnus/a who, through personal achievement and service to the law school, their community, and the legal profession, have brought honor and distinction to both themselves and the School of Law. 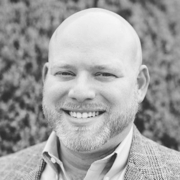 Nathan is a founding member of Bogart, Small + Naylor. He leads the firm’s removal defense and litigation practice. He regularly takes on cases pro bono or low pro bono, particularly for cases involving violence against women, U-visa victims of crime, and those in deportation proceedings where separation from families is common. Since 2015, Nathan has been the co-host of “Preguntas con el Abogado,” an immigration law-related program airing on Northwest Arkansas’s La Zeta 95.7 FM. He has also provided commentary on immigration law to various local media outlets in Arkansas, Missouri, and Texas.

Awarded to a firm** or organization that has provided significant, consistent contributions toward the advancement of career services and student programming in one or more of the following ways:

The Walmart Legal Team has been long-time supporters of legal education at the University of Arkansas School of Law. They have supported the summer pre-law program (SPPARK) by hosting a Walmart day on the Bentonville campus and providing financial support to the program. The legal team annually funds a legal diversity scholarship, which, since its inception in 2006, has provided scholarship support to 27 law students. The legal team participates in a colloquium for business law students, introducing real world legal issues to the students and overseeing the workshopping of these issues amongst the student body. Additionally, countless members of the team have served, and currently serve as adjunct instructors. Walmart offers externship opportunities to students allowing them to garner experience in complex legal practices and are a significant employer of students upon graduation.