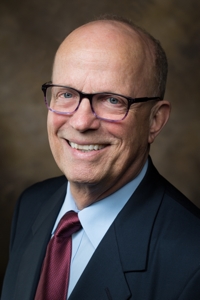 During his UA Law deanship, Arkansas Bar exam scores increased significantly. The faculty, staff and student body became more diverse, and international opportunities were enhanced with new faculty, curricula, and study abroad programs. The law school endowment increased by 400%, the law library obtained a permanent 15% increase in its budget, the legislature and UA committed initial funds for a new academic center and library addition, and the school made significant technological advancements.

Dean Moberly has authored 40 publications in the areas of arbitration, labor law and conflict resolution. His publications include two books, Arbitration & Conflict Resolution (w/ E. Teple), published by BNA and adopted at Harvard, Cornell and other universities, and Public Employment Labor Relations (w/ C. Mulcahy), as well as articles in law reviews including Cornell, Florida, Illinois, Washington and Wisconsin, and in scholarly journals, such as the Journal of Legal Education. He was honored by the National Center for Public Resources for Outstanding Alternative Dispute Resolution Scholarship. He has received grants from the U.S. Departments of Labor and Agriculture, as well as other granting entities.

Dean Moberly is a member of the National Academy of Arbitrators, where he has served as Vice President, Executive Committee member, and Chair of the Southeast region. He is on the arbitration panels of the Federal Mediation and Conciliation Service, the American Arbitration Association, and the National Mediation Board. He serves on the permanent arbitration panels for numerous employers and unions, and as a special magistrate for the Florida Public Employees Relations Commission.

Dean Moberly retired after serving 17 years on the UA law faculty and now resides in Florida with his wife Lynne Webb. He continues to serve as an arbitrator, mediator, and special magistrate in labor-management disputes. He and Lynne established and continue to contribute to the Reed J. Moberly Scholarship Fund that provides financial support for UA law students; the fund honors their son Reed who died in 1999. He and Lynne remain avid Razorback sports fans.