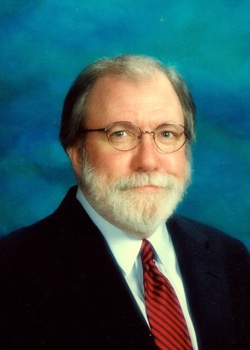 Professor Watkins devoted his career to Arkansas law. For almost twenty years, he served as Reporter for the Arkansas Supreme Court’s Committee on Civil Practice, which recommends revisions in the various rules that govern civil litigation in the state’s courts. He also drafted a bill that updated the venue statutes, legislation implementing Constitutional Amendment 80, which restructured and modernized the court system, and amendments to the state Freedom of Information Act. In 2002 the Arkansas Bar Association honored him “for distinguished service to the legal profession.”

His publications include more than forty journal articles and three books. His influential book on the Freedom of Information Act, first issued in 1988, is now in its sixth edition, published in 2016 by the University of Arkansas Press. He is also co-author of Arkansas Civil Practice and Procedure (West, 5th ed. 2010), with Justice David Newbern and Judge Price Marshall, and author of a textbook, The Mass Media and the Law, published by Prentice Hall in 1990.

Before turning to teaching, Professor Watkins was a law clerk for the late Judge Homer Thornberry of the U.S. Court of Appeals for the Fifth Circuit and an attorney with the firm of Arnold & Porter in Washington, D.C. He began his teaching career at Baylor University School of Law and was also a fellow at the John F. Kennedy School of Government at Harvard University. Professor Watkins received his bachelor’s and master’s degrees from the University of Texas at Austin and his J.D. with honors from the University of Texas School of Law, where he was a note and comment editor of the Texas Law Review and a member of Order of the Coif.

Professor Watkins and his wife Joan now live in Fort Worth, Texas, his hometown. He spends his time writing for the Society for American Baseball Research, following his beloved St. Louis Cardinals, and watching his great-nephew and great-niece grow up.