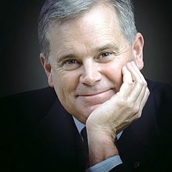 An accomplished attorney and national expert in food safety, William (Bill) Marler has become the most prominent foodborne illness lawyer in America and a major force in food policy in the U.S. and around the world. Marler Clark, The Food Safety Law Firm, has represented thousands of individuals in claims against food companies whose contaminated products have caused life altering injury and even death.

Bill began litigating foodborne illness cases in 1993, when he represented Brianne Kiner, the most seriously injured survivor of the historic Jack in the Box E. coli O157:H7 outbreak, in her landmark $15.6 million settlement with the company. The 2011 book, Poisoned: The True Story of the Deadly E. coli Outbreak that Changed the Way Americans Eat, by best-selling author Jeff Benedict, chronicles the Jack in the Box outbreak and the rise of Bill Marler as a food safety attorney.

For the last 27 years, Bill has represented victims of nearly every large foodborne illness outbreak in the United States, filing lawsuits against such companies as Cargill, Chili’s, Chi-Chi’s, Chipotle, ConAgra, Dole, Excel, Golden Corral, KFC, McDonald’s, Odwalla, Peanut Corporation of America, Sheetz, Sizzler, Supervalu, Taco Bell and Wendy’s. Through his work, he has secured over $750,000,000 for victims of E. coli, Salmonella, and other foodborne illnesses.

Among the most notable cases he has litigated, Bill counts those of nineteen-year-old dancer Stephanie Smith, who was sickened by an E. coli-contaminated hamburger that left her brain damaged and paralyzed, and Linda Rivera, a fifty-seven-year-old mother of six from Nevada, who was hospitalized for over 2 years after she was stricken with what her doctor described as “the most severe multi-organ [bowel, kidney, brain, lung, gall bladder, and pancreas] case of E. coli mediated HUS I have seen in my extensive experience.” New York Times reporter Michael Moss won a Pulitzer Prize for his coverage of Smith’s case, which was settled by Cargill in 2010 for an amount “to care for her throughout her life.” Linda’s story hit the front page of the Washington Post and became Senate Majority Leader Harry Reid’s touchstone for successfully moving forward the Food Safety Modernization Act in 2010.

Bill Marler’s advocacy for a safer food supply extends far beyond litigation and includes petitioning the USDA to better regulate pathogenic E. coli, working with nonprofit food safety and foodborne illness victims’ organizations, and helping spur the passage of the 2010-2011 FDA Food Safety Modernization Act. His work has led to invitations to address local, national, and international gatherings on food safety, including testimony before the U.S. House of Representatives Committee on Energy and Commerce.

At little or no cost to event organizers, Bill travels widely and frequently to speak to food industry groups, fair associations, and public health groups about the litigation of claims resulting from outbreaks of pathogenic bacteria and viruses and the issues surrounding it. He gives frequent donations to industry groups for the promotion of improved food safety and has established numerous collegiate science scholarships across the nation.

Bill is the publisher of the online news site, Food Safety News and his award winning blog, www.marlerblog.com, is avidly read by the food safety and legal communities. He is a frequent media guest on food safety issues and has been profiled in numerous publications, including the ABC News, New York Times, The New Yorker, and The Wall Street Journal.

For a list of his many public service awards and publications, visit William Marler on the Marler Clark website.

Bill graduated from Washington State University with a degrees in Political Science, Economics, and English. He earned his JD degree from Seattle University School of Law. Along with Denis Stearns, he teaches the extremely popular LL.M. course, Food Safety Litigation.