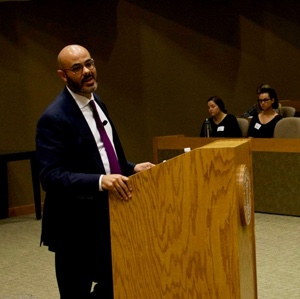 The Hartman Hotz Lectures in Law and Liberal Arts brings notable scholars from across the nation and around the world to share their experiences with students and the university community. The series is sponsored by the University of Arkansas School of Law, J. William Fulbright College of Arts and Sciences and Hartman Hotz Trust Committee.

An endowed chair for the dean of the College of Education and Health Professions was named for Palmer and Hartman’s father, Henry G. Hotz, who served as the college’s fourth dean for nine years.

Hartman Hotz Lectures are held each fall and spring. The School of Law and Fulbright College are each responsible for programming distinguished lecturers for the series.