The Richard B. Atkinson LGBTQ Law and Policy Program at the University of Arkansas School of Law enables faculty and students to affect the quality of public discourse associated with the complex issues related to sexual orientation and gender identity law and policy. The program supports a variety of activities including research, service, teaching, speakers and scholarships designed to educate and affect LGBTQ law and policy. 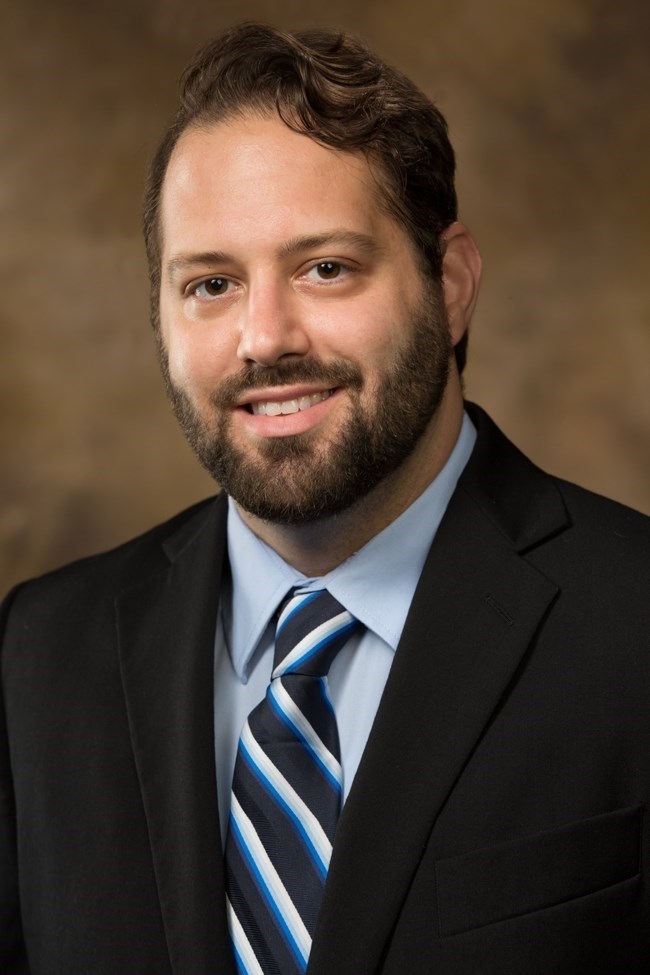 Jordan Blair Woods, associate professor of law, is a national expert in the area of sexual orientation and gender identity law, and also researches in the areas of criminal law and procedure, family law, and constitutional law. Prior to joining the University of Arkansas faculty, Woods served as a fellow at the Williams Institute, a nationally recognized research center on LGBT law and public policy at UCLA School of Law. Woods is a two-time recipient of the Dukeminier Award, which recognizes the best LGBT scholarship published in the previous year. Woods holds a Bachelor of Arts from Harvard College, a Juris Doctor from UCLA School of Law, and Master of Philosophy and Doctor of Philosophy in criminology from the University of Cambridge, where he was a Gates Scholar.

“We observe that few areas of law and policy have changed as quickly or as dramatically as those regulating the legal rights of members of the LGBTQ community. ”
Michael Hollomon
Legacy Leader, Richard B. Atkinson Law and Sexuality Fund

The Atkinson LGBTQ Law and Policy Colloquium will host an annual series of prominent speakers who are working on a diverse range of LGBTQ law and policy topics of interest to the Arkansas community. The colloquium will provide a forum for scholars to present cutting-edge research and engage with both law and non-law students who enroll in the colloquium at the University of Arkansas.

The colloquium will fund a student research assistant for the academic year who will assist the faculty director on LGBTQ-related research and help to support broader LGBTQ inclusion goals at the law school and campus community.

Richard B. Atkinson was the 10th dean of the University of Arkansas School of Law, and served from Jan. 6, 2003 until his unexpected death while attending the American Bar Association annual meeting in August of 2005. While on faculty, Atkinson was one of two faculty members selected by the graduating class to participate in the hooding ceremony at commencement virtually every year since the tradition began in the early 1990s.

Atkinson is repeatedly described as a kind, quiet and strong leader and processor, which could be partially due to his training. After receiving a Master of Divinity from Yale University, he stayed for a Juris Doctor. He was admitted to practice in Georgia, became an associate with the law firm of King and Spalding in Atlanta before former President Bill Clinton, a friend from law school, convinced him to move to Fayetteville. A tribute to his legacy and the Richard B. Atkinson Law and Sexuality gift from Michael Hollomon and Eric Wailes, which launched the program, gives an accurate picture, but reading the comments from his former students at the end of the article shows the depth of his impact.

“Michael and I hope this support will help shape and enhance the School of Law’s academic and clinical programs to advance understanding of the law, especially as it pertains to the issues and challenges of law and sexuality.”

Recent LGBTQ Law & Policy Classes at the School of Law

This survey course explores legal issues surrounding sexuality.  The course objectives are to: (1) provide an introduction to several different areas of the law involving sexuality and gender identity/expression, and (2) reflect critically on the ways in which the law historically and currently regulates and constructs sexuality and gender.  Key areas include legislation, constitutional law, criminal law, and family law. This is a two-credit course.

This course is part of the Richard B. Atkinson LGBTQ Law & Policy Colloquium, an annual series that brings in prominent speakers who are working on a diverse range of LGBTQ law and policy topics of interest to the Arkansas community. The colloquium provides a forum for scholars to present cutting-edge research and engage with both law and non-law students who enroll in the colloquium at the University of Arkansas. This is a two-credit course.

This two-credit course is dedicated to issues involving how lesbian, gay, bisexual, transgender, and queer (LGBTQ) communities and individuals come into contact with and experience the criminal justice system. To explore these issues, the course will examine sources from multiple disciplines, including law, criminology, sociology, psychology, and LGBTQ/feminist studies. Specific areas to be covered include victimization, offending, policing, courts, and incarceration.

Recent LGBTQ Law & Policy Research at the School of Law